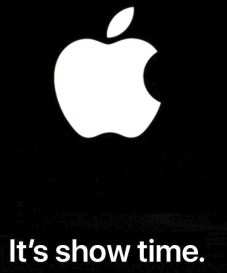 Apple has announced a press event that will take place at 10 a.m. Pacific on March 25 at the Steve Jobs Theater in Cupertino, California, according to CNBC.

It's where Apple is expected to introduce a new streaming TV service that will, at least to start, offer iPhone and iPad owners access to free original showsthat will be provided along with the option to sign up for other streaming services including Starz and Showtime, CNBC reported earlier this year.

The service is expected to launch as soon as April or May, but won't include Netflix or Hulu, CNBC reported.

The Wall Street Journal reported in February that the company is also planning a revamped Apple News product that will include a bundle of subscriptions from major news outlets in a single monthly plan. The new Apple News product will be based on Texture, the so-called "Netflix for magazines" app that Apple bought in 2018. Publishers have been resistant to Apple's revenue sharing terms, so some news outlets might not be a part of it at launch, according to The Wall Street Journal.

It has been about a year since Apple introduced new iPads. The iPad Pro was refreshed in October, but Apple hasn't updated the regular, low-cost $329 iPad since last March.

There have also been rumors of an updated iPad mini and new AirPods headphones with a wireless charging case. Finally, it's been well over a year since Apple first announced AirPower, a wireless charging pad that can simultaneously charge an iPhone, Apple Watch and AirPods. AirPower was supposed to launch in 2018, but Apple hasn't provided an update on its status since the original announcement in September 2017.
Posted 2:32:00 AM