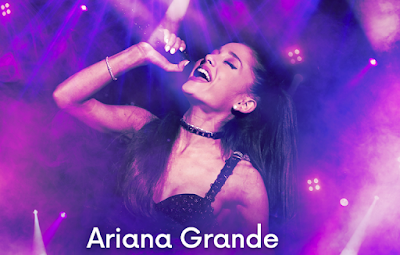 Radio program directors, the men and women whose decisions govern the casual consumption of 100 million listeners every week, are currently buried under an avalanche of Ariana Grande songs, reports Rolling Stone.

“I’ve got three currents and another two in recurrent [rotation],” says Nathan Graham, program director for the Philadelphia Top 40 station WTDY 96.5 FM. “And I still want to play her older stuff — ‘Side to Side.’ I will literally play her every 15 minutes if I have all those titles in rotation.”

Grande is not the only artist forcing programmers to juggle multiple hits at once: At urban radio, which plays rap and a smattering of R&B, Cardi B is a presence on the top three singles this week, and she has a fourth release with Bruno Mars scurrying up the charts. In fact, this sort of ubiquity might be considered a prerequisite for modern stardom.

What’s the big deal? Well, radio playlists are tighter than they once were — fewer songs are in rotation, so each spot is more heavily contested. And pop programmers center their attention on a tiny handful of songs. “A Top 40 radio station is playing five songs 120 times a week every week,” one longtime radio promotions veteran told Rolling Stone last year. Those spots traditionally go to a Swift or a Grande or an Ed Sheeran.

If each of those marquee artists start pushing four or five singles at once, that would make it difficult for anyone new to get major radio play. This can be especially dangerous at Top 40 radio, further decreasing variety in a format that’s already struggling with what one former promoter calls “lack of diversity.”

There’s another issue for radio when it comes to stars spewing singles. Programmers try to apply “archaic radio rules about artist separation,” according to Michael Martin, SVP of programming and music initiatives for Entercom, which owns over 200 radio stations in the U.S. “Artist separation” is the idea that, say, “we only wanna hear one Ariana per hour, or once every 40 minutes.” If she has five hits, adhering to this rule is no longer possible.

Graham thinks urban and rhythmic radio still have a tougher time than Top 40 when it comes to achieving separation in their playlists. That’s because of features. While it’s unusual for singers like Grande or Swift to contribute a guest verse on someone else’s hit — at least for now — this practice is common in rap.
Posted 3:51:00 AM