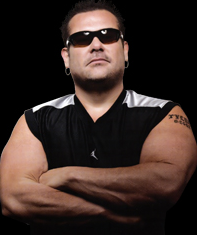 A Baltimore law firm is representing Tampa radio personality Bubba “the Love Sponge” Clem in his lawsuit this week against his former employer, Cox Media Group, which claims Cox employees were behind the leak of a sex tape involving Clem’s wife and wrestler Hulk Hogan.

According to the Baltimore Sun, the suit seeks unspecified damages against Cox and two employees for the “malicious and deceitful destruction of [Clem’s] business relationships and career,” according to the filing Wednesday on behalf of Clem by Baltimore law firm Nusinov Smith and another firm, based in Orlando, Fla.

“As our complaint alleges, Cox Media has engaged in improper, anti-competitive acts that no major media company should ever employ,” Clem’s attorney Jeffrey E. Nusinov said in a statement. “Cox Media set out to destroy Bubba Clem – not through honest competition, but through dishonest and illegal means.”

In a statement, Cox Media Group denied the allegations.

“While we typically do not comment on active litigation,” the company said, “the suggestion that our company participated in a conspiracy or any wrongdoing alleged in the complaint is simply false and without merit.”

Clem broadcast his top-rated show on Cox’s WHPT 102.5 in Tampa from 2008 until 2014, when the company replaced him in its morning time slot with its afternoon broadcaster Mike “Cowhead” Calta. 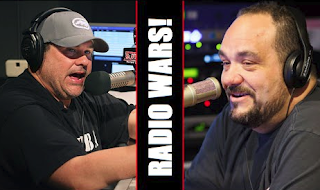 After Clem took his show to Beasley Media Group’s WBRN 98.7 FM in 2015, Calta claimed on air that Clem had falsely inflated his ratings, prompting a Nielsen investigation.

Calta and fellow Cox radio personality Matthew “Spice Boy” Lloyd are also named in the lawsuit, which claims they conspired to leak the 2007 sex tape — which the lawsuit says was stolen from Clem’s office — to Gawker and The Dirty in 2012.

Hogan won a $130 million lawsuit against Gawker following the website’s publication of the video, which forced the online publication into bankruptcy.

“The interference resulted in the termination of Clem’s network contract, the loss of major advertisers, and the loss of program syndication,” Nusinov said. “He alleges that he sustained losses in the tens of millions.”

“Bubba the Love Sponge” has been in the news this week due to the unearthing of inflammatory comments made by Fox News prime-time host Tucker Carlson as a contributor on Clem’s show between 2006 and 2011, before Carlson worked for Fox.

Carlson has refused to apologize for the remarks, which he said were spoken in jest.
Posted 3:51:00 AM