Detroit Radio: WJR Honored As MAB's Station Of The Year 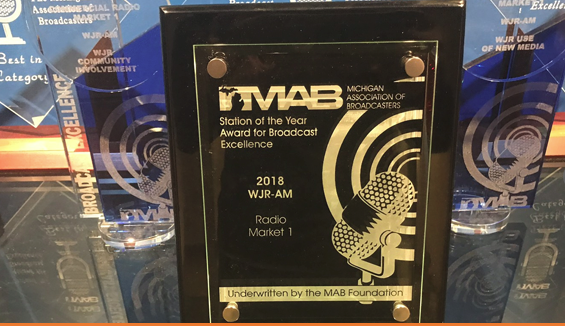 Cumulus Media has announced that Detroit station News/Talk WJR 760 AM was honored as Radio Station of the Year at the Michigan Association of Broadcasters (MAB) Broadcast Excellence Awards this month.

This marks the third time in four years that WJR has been recognized as the Michigan Association of Broadcasters’ Station of the Year. In addition, WJR was selected for 10 “Best” awards, and 7 “Merit” awards. Nearly every aspect of WJR operations was singled out for recognition, including: Talent, News, Marketing, Production, Public Service, New Media, Feature Programming, and Lions Play-by-Play and Pregame Show. 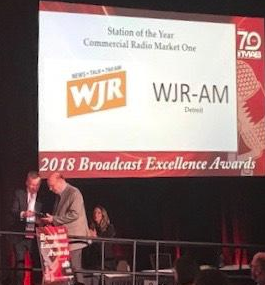 Steve Finateri, Vice President/Market Manager, Cumulus Detroit, said: “We here at Cumulus Detroit couldn’t be prouder of our WJR team. The level of creativity and professionalism at all levels rivals that of any station in the country.”

Mike Wheeler, Operations Manager, Cumulus Detroit, said: “Thank you to the Michigan Association of Broadcasters who have, yet again, recognized and validated this talented group of people who continue to make history on this iconic radio station.”