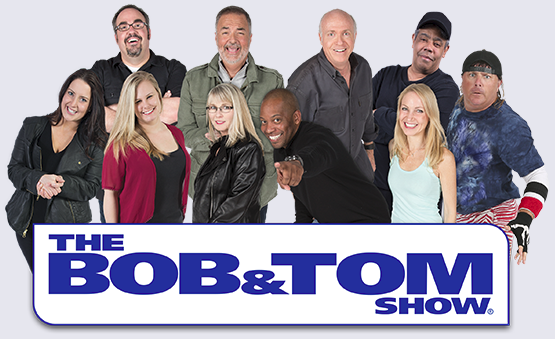 Eric McCart, Vice President/Market Manager, Cumulus Wilmington, said: “The BOB and TOM Show is a mix of original comedy, notable guests, entertaining conversation and it’s a perfect fit for our Classic Rock format. We’re excited to bring them to the Port City’s Classic Rock station and make them part of our local Wilmington community. Be sure to tune in for the funniest morning show in Wilmington!”

Tom Griswold, Host, The BOB & TOM Show, said: “What a great city with the best classic rock station! We are thrilled to wake up with Wilmington’s classic rock fans on 94.5 The Hawk. We’re going to have some fun together on this crazy train, so get ready to rock, Wilmington!”

The BOB & TOM Show is exclusively distributed by Westwood One and airs live weekday mornings on more than 100 stations across the U.S. and on the American Forces Network worldwide. Inducted into the National Radio Hall of Fame, The BOB & TOM Show features comedy, news, sports, lifestyle content, and interviews with today’s top actors, celebrities and newsmakers.
Posted 3:45:00 AM