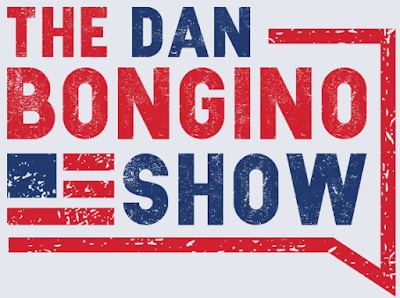 CUMULUS MEDIA’s Westwood One’s The Dan Bongino Show can now be heard on more than 100 radio stations across the United States, including KABC-AM (Los Angeles), KSFO-AM (San Francisco), KSEV-AM (Houston), and WGKA-AM (Atlanta). The Dan Bongino Show launched on radio in March 2020 and has quickly become one of the leading conservative talk programs in the country.

People are listening to Dan Bongino. In the weeks following Election Day in November, The Dan Bongino Show podcast ranked either #1 or #2 among ALL podcasts on Apple. From Election Day to February 22, the podcast boasted more than 51 million downloads on Apple, Spotify and other major platforms, rising 27% during that period.

The Dan Bongino Show tackles the hot political issues, debunking both liberal and Republican establishment rhetoric. As a former Secret Service Agent and NYPD officer, Bongino is uniquely positioned to provide commentary and analysis that directly questions the philosophical underpinnings of both the Left and Big Government Republicans.

“Growing up a fan of conservative talk radio makes this moment extra special for me. To be able to reach people across the country with a strong pro-liberty, pro-freedom message is the honor of a lifetime,” said Bongino. “Special thanks as well to the affiliates partnering with us in this venture.”

Dan Bongino is an American conservative radio show host, podcast host, frequent television political commentator, and New York Times-best-selling author whose books include “Life Inside the Bubble,” about his career as a Secret Service agent, “The Fight: A Secret Service Agent's Inside Account of Security Failings and the Political Machine,” and “Spygate: The Attempted Sabotage of Donald J. Trump.”