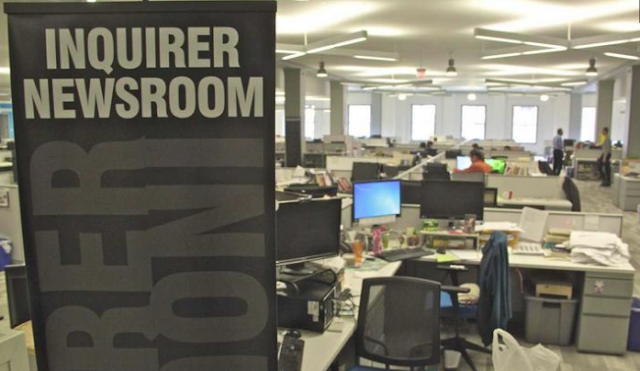 The Philadelphia Inquirer has been awarded a $10 million loan — the maximum allowed — through the Paycheck Protection Program, something its CEO told employees would enable to company to avoid layoffs this year.

The Philadelphia Business Journal reports The Inquirer is the largest newspaper in the United States organized under nonprofit ownership — The Lenfest Institute, a subsidiary of The Philadelphia Foundation. Organizations classified as 501(c)(3) and 501(c)(6) nonprofits were not eligible for PPP last year but are this year. Because this is a first draw of PPP for the Inquirer, it is eligible for $10 million, while those seeking a second draw can only receive a maximum of $2 million.

CEO Lisa Hughes informed Inquirer employees of the PPP loan in a Tuesday email obtained by the Philadelphia Business Journal. She said the company decided to apply due to the continued impact of Covid-19 on its revenue.

“As you know, our industry is under pressure as both advertisers and consumers shift to digital platforms, and the Covid-19 pandemic has exacerbated these pressures,” Hughes said in the email. “While we have made significant efforts to reduce our operational expense, this loan is vital to the future of our business as it allows us to support jobs and our ongoing operations to ensure that our brand purpose -- to be the essential news source in Philadelphia and the region -- is sustainable in the long-term.”

Specifically, Hughes said the loan means the Inquirer will not institute any layoffs in 2021 beyond those already planned at its Montgomery County-based printing plant, though she said the company may opt to offer buyout packages later this year.

In October, the Inquirer told state officials it would lay off a total of 528 employees after closing its 674,000-square-foot plant on River Road in Upper Merion Township on Dec. 31 and moving printing of the Inquirer and Philadelphia Daily News to Gannett’s unionized plant in Cherry Hill. It agreed to sell the plant earlier this year to MLP Ventures, a Radnor real estate company run by J. Brian O’Neill.

Those 528 employees represented roughly half of the Inquirer’s workforce. Since Covid-19 shut down the economy in March, the Inquirer has had two rounds of buyouts. Almost half of the Inquirer’s advertising department — a total of 32 people — either accepted a buyout package or were laid off in May. In August, four more employees accepted buyout packages offered by the newspaper, but News Guild of Greater Philadelphia officials worked with management to avoid further layoffs.

“We are optimistic about the future of The Inquirer and with this loan we believe we are well positioned to continue our transformation into a sustainable multi-platform news organization in spite of the continued economic uncertainty due to Covid-19,” Hughes said.