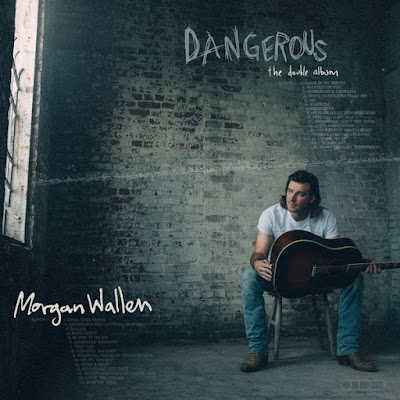 Morgan Wallen’s Dangerous: The Double Album snares a sixth total week, all in a row, at No. 1 on the Billboard 200 chart (dated Feb. 27), capturing the most weeks atop the list for a male artist’s album since Drake’s Views logged 13 nonconsecutive weeks in the lead in 2016 (May 21-Oct. 8, 2016-dated charts).

Dangerous earned 93,000 equivalent album units in the U.S. in the week ending Feb. 18 (down 38%), according to Billboard citing MRC Data.

Dangerous bowed atop the list five weeks ago, on the chart dated Jan. 23. Only three albums have spent at least six weeks at No. 1 in the last five years: Dangerous, Taylor Swift’s Folklore (eight nonconsecutive weeks, 2020) and Drake’s Views (13).

The Billboard 200 chart ranks the most popular albums of the week in the U.S. based on multi-metric consumption as measured in equivalent album units. Units comprise album sales, track equivalent albums (TEA) and streaming equivalent albums (SEA). Each unit equals one album sale, or 10 individual tracks sold from an album, or 3,750 ad-supported or 1,250 paid/subscription on-demand official audio and video streams generated by songs from an album. The new Feb. 27, 2021-dated chart (where Dangerous is No. 1 for a sixth week) will be posted in full on Billboard's website on Feb. 23. For all chart news, follow @billboard and @billboardcharts on both Twitter and Instagram.

Among albums that have charted on both Top Country Albums and the Billboard 200 (like Dangerous), the last to earn six total weeks at No. 1 on the Billboard 200 was Swift’s Red, with seven nonconsecutive weeks atop the list in 2012-13.