Sinclair Broadcast Group Inc. saw its profit increase more than 10-fold in the fourth quarter despite continued attrition of subscribers for its regional sports networks, the Baltimore Business Journal reports.

Total revenue of $1.51 billion in the quarter was down 6.8% from $1.62 billion in the same period a year ago. The decline is attributable to Sinclair's regional sports networks as local sports revenue fell 32.6% to $531 million in the three-month period, compared to $788 in the prior-year quarter. 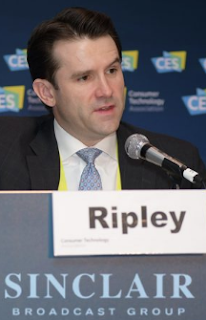 The local news side of Sinclair's business continued to perform well, with total revenue increasing 19% from $751 million last year to $896 in the most recent quarter. Political ad revenue helped provide a boost, totaling $205 million in the fourth quarter versus $23 million in the prior-year quarter due to the presidential election.

Sinclair's profit was a result of lower media programming and production expenses and media selling, general and administrative expenses, which totaled $671 million in the quarter compared to $1.08 billion the same time a year ago. Included in those expenses, Sinclair reported $50 million in amortization of sports rights compared to $443 million the same time a year ago. Amortization is an accounting technique used to periodically lower the book value of an intangible asset over a set period of time.

Overall, Sinclair's earnings beat the consensus estimate of $5.01 per share, according to analysts polled by the Thomson Financial Network. Revenue was in line with Wall Street projections.

CEO Chris Ripley said in a statement subscriber churn — or the percentage of people who stopped subscribing to Sinclair's sports networks — "continues to be elevated" while the core advertising environment in the fourth quarter improved.

Ripley said he is looking forward to what the company will accomplish this year. Sinclair preparing to launch a new, enhanced streaming app for its regional sports networks for the beginning of baseball season. The networks will also soon be rebranded as Bally Sports with the Bally Sports name after Sinclair and casino operator Bally's Corp. inked a naming rights deal last year.