Pittsburgh Radio: MLB Pirates To Air On KDKA-FM and KDKA-AM 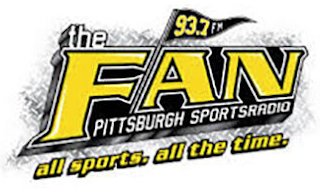 Entercom and the Pittsburgh Pirates have announced today a multiyear radio broadcast contract extension.
KDKA 93.7 The Fan will continue to be the Pirates flagship radio station, as it has since 2012, airing all Spring Training and regular season baseball games.

“The Pirates and KDKA are part of the fabric of our city. We are thrilled to be able to carry on that tradition while ushering in a new era of expanded reach of Pirates programming,” said Michael Spacciapolli, Senior Vice President and Market Manager, Entercom Pittsburgh. “This expanded partnership allows us to leverage the Pirates brand and great package of game programming on KDKA News Radio 100.1 FM and 1020 AM to raise further awareness of the new KDKA simulcast.”

“This expanded coverage is a homecoming for us and our fans. Ever since the nation’s first ever baseball game, a Pirates game versus the Philadelphia Phillies, was broadcast on KDKA in 1921, KDKA and the Pirates have been synonymous with each other,” said Travis Williams, President, Pittsburgh Pirates. “This agreement honors that true Pittsburgh tradition of day games on the KDKA-AM airwaves, but also that same sense of innovation from more than a century ago as we look to bring even more Pirates programming to fans across the cluster of Entercom Pittsburgh stations.”

Entercom is the unrivaled leader in sports radio, reaching three times more people than the leading competitor. Entercom is the #1 sports radio ownership group, which owns and operates 39 all-sports stations across the U.S. Its unparalleled broadcast portfolio reaches nearly 30 million sports fans monthly and boasts the nation’s leading collection of radio play-by-play coverage. Entercom also serves as the flagship home of 41 professional teams and over 50 Division 1 collegiate programs, including the New York Yankees and Boston Red Sox, Dallas Cowboys and Kansas City Chiefs, Golden State Warriors and Chicago Bulls, and University of Michigan and University of Oregon, among others.
Posted 3:19:00 AM