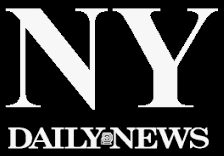 Supporters of the New York Daily News are searching for a local billionaire to save the 101-year-old tabloid from the clutches of Alden Global Capital, The NY Post's Media Ink has learned.

Sources say people close to the paper scanning their rolodexes for potential buyers have reached out to supermarket mogul John Catsimatidis.

And Catsimatidis, the owner of 77WABC Radio and Gristedes supermarkets seems at least open to the possibility.

“If they offer it to me, and the price is right, I’ll buy it,” Catsimatidis told Media Ink on Thursday. “We’re buyers of properties, and that is standard operating procedure on any deal.”

He declined to say if he’s had any contact with Tribune, however. “I can’t say,” he said.

Alden, a New York-based hedge fund headed by Heath Freeman with a reputation for deep cuts at papers it buys, is in the midst of a $630 million bid to gain full control of Tribune, which also owns the Chicago Tribune, the Hartford Courant, the Orlando Sentinel and other papers.

Alden, which currently owns 32 percent of Tribune, has struck a deal up its stake to 100 percent in a bid to take the company private.

Tribune and Alden have, however, shown a willingness to divest properties at the right price, including the Baltimore Sun and other Maryland papers like the Capital Gazette, which will be going to a non-profit headed by hotelier Stewart Bainum, head of the Choice Hotels International.

Catsimatidis famously passed up a chance to buy the Daily News from then-owner Mort Zuckerman in 2015 in part because Zuckerman wanted to unload the pension liabilities owed to the drivers and pressmen as part of the deal. The liabilities were said to be approaching $200 million. Today, the liabilities are estimated to be a still hefty $100 million.

The News is still believed to be losing millions and its print version, once the biggest-selling US daily post-World War II, no longer ranks among the nation’s top 10 papers by daily circulation.