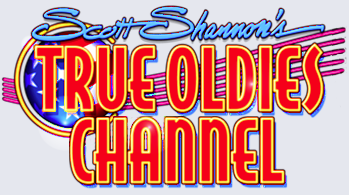 Entercom announced the launch of Scott Shannon’s “True Oldies Channel” on WCBS-FM HD3 in New York. The program, hosted by WCBS-FM 101.1 (WCBS-FM) on-air veteran and Rock and Roll Hall of Famer Scott Shannon, is dedicated to honoring the greatest rock and roll music of all time, highlighting the best tracks from the 60s, 70s and 80s. CBS Sports Radio, which previously occupied the digital signal, will move to WNSH-FM HD3 in New York.

“For years, Scott Shannon has spotlighted thousands of classic hits from some of the most recognizable names in rock music,” said Chris Oliviero, Senior Vice President and Market Manager, Entercom New York. “We’re excited to introduce this homage to the rock music industry to a new audience on our HD3 channel, and continue celebrating the format’s rich history with Scott.

“There are so many people who grew up with the original CBS-FM and they miss the music from their childhood,” said Shannon. “I think it is important for rock and roll to be kept alive. I have always been a fan and student of the history of rock and roll, and I’m very excited to at this opportunity to share the greatest hits of the 60s and 70s with our listeners.”

The channel will feature a rotation of thousands of different songs artists and bands like The Beatles, The Beach Boys, Elvis Presley, The Rolling Stones, The Four Seasons, hits from the Motown era, and more. Scott Shannon's True Oldies Channel is distributed by United Stations Networks.
Posted 2:21:00 AM