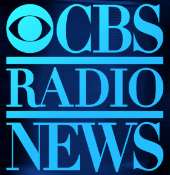 From the bombing in Brussels to the truck attack in Nice to the Pulse Nightclub shootings to the 2016 Presidential Campaign, judges were “impressed” with our ability to be in front of breaking news and top stories.

In addition, CBS Radio News won the award for “Best Newscast” for the fifth year in a row.  The World News Roundup won that honor for coverage of the Baton Rouge Police Shootings and the opening day of the Republican National Convention in Cleveland.  That broadcast was produced by Paul Farry and anchored by Steve Kathan joined by Peter King in Baton Rouge and Steve Futterman in Cleveland.

CBS also took home the top award for “Breaking News” for our coverage of the Pulse nightclub massacre in Orlando.  From the first newscasts anchored by Tom Foty to live reports from the scene from Steve Futterman, Jim Krasula and Peter King, our team provided top notch reporting while painting vivid pictures of the tragic events that occurred.

The RTDNA has been honoring outstanding achievements in electronic journalism with the Murrow awards since 1971.   Award recipients demonstrate the spirit of excellence that Edward R. Murrow made a standard for the broadcast news profession.  CBS Radio News has won more Murrow Awards in the 21st Century than any other radio news network for Best Newscast, Best Continuing Coverage, and Overall Excellence.  The awards will be presented at a dinner in New York on Monday, October 9th.
Posted 3:07:00 AM