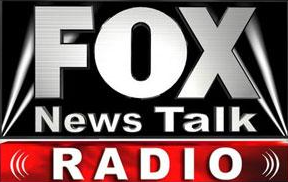 Both programs are nationally syndicated on terrestrial radio stations along with satellite and digital distribution on all multimedia and social platforms. The programs will also be part of a new multimedia video component with live streaming capabilities on FOXNews.com for consumers and partners. Additionally, the popular Kilmeade & Friends (9AM-12PM/ET) will be renamed The Brian Kilmeade Show beginning on July 5th.

FNR’s Todd Starnes will expand his commentary to a full three hour program on weekdays from 12-3PM/ET during The Todd Starnes Show, in addition to hosting his daily commentaries on FNR. A conservative columnist and commentator, Starnes joined FNR in 2005 and became a featured columnist on FOXNews.com in 2011. Most recently, he authored “The Deplorables’ Guide to Making America Great Again.”

Every weekday from 3-6PM/ET, The Tom Shillue Show will feature host Tom Shillue’s comedic insight and analysis on the days trending topics as well as interviews with special guests. Shillue, a stand-up comedian and former host of FNC’s Red Eye, joined FOX News Channel (FNC) in 2015 and remains a contributor to the network. Previously, Shillue was a correspondent on Comedy Central’s The Daily Show with Jon Stewart and has also appeared on NBC’s The Tonight Show with Jimmy Fallon. Additionally, he is the author of the recent “Mean Dads for a Better America.”

The Todd Starnes Show will be replacing The John Gibson Show, hosted by John Gibson. Gibson, who joined FNC in September of 2000 and previously hosted The Big Story with John Gibson will be departing the network. Gibson launched the eponymous radio show 12 years ago and will continue hosting his program on the platform https://gibsonradio.com/.

The Tom Shillue Show will be taking the timeslot formerly held by The Tom Sullivan Show, hosted by Tom Sullivan. Sullivan joined FNR in October 2007 and helped launch FOX Business Network (FBN) as one of its original anchors. He will be retiring, but will continue hosting his radio program on a limited basis on https://tomsullivan.com/.