(Reuters) -- In a decision that could benefit the NFL's Washington Redskins, the U.S. Supreme Court on Monday threw out a federal prohibition on disparaging trademarks as a constitutional violation in a major free speech ruling involving a band called The Slants.

The court ruled 8-0 in favor of the Portland, Oregon-based Asian-American dance rock band, which had been denied a trademark because the government deemed its name disparaging to people of Asian descent. The Slants challenged that rejection as a violation of free speech rights under the U.S. Constitution's First Amendment, and the Supreme Court agreed.

The ruling likely paves the way for the Redskins to protect trademarks covering the team's name.

The National Football League team, which took the name Redskins in the 1930s, filed a legal challenge to a 2014 decision by a U.S. Patent and Trademark Office tribunal canceling its trademarks as disparaging to Native Americans. A lower court put the Redskins' dispute on hold pending the outcome of the band's case.

Lisa Blatt, a lawyer representing the Redskins, told Reuters the team is thrilled with Monday's ruling because it resolves "the Redskins' long-standing dispute with the government."

Writing for the court, Justice Samuel Alito did not mince words in ruling that the decades-old trademark provision is unconstitutional. "It offends a bedrock First Amendment principle: Speech may not be banned on the ground that it expresses ideas that offend," Alito wrote.

Band frontman Simon Tam has said he chose to call the band The Slants to reclaim a term some consider a derogatory reference to Asian people's eyes, and wear it as a "badge of pride." The band's lawyers argued that the government cannot use trademark law to impose burdens on free speech to protect listeners from offense.

The American Civil Liberties Union, which filed legal papers supporting the band, hailed the ruling as a major victory for the First Amendment. ACLU lawyer Lee Rowland said government efforts to protect minorities from disparagement instead hurt members of that very community, in this case the Asian-American band. 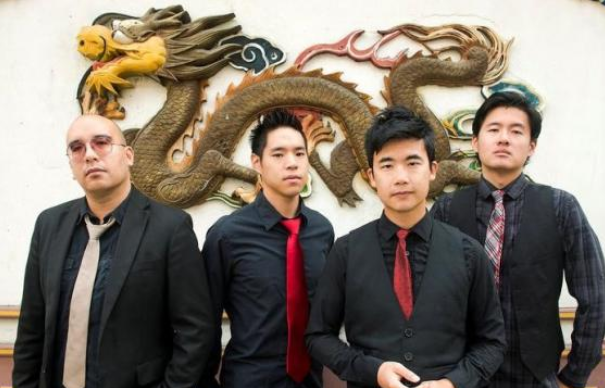 The band welcomed the ruling.

"After an excruciating legal battle that has spanned nearly eight years, we're beyond humbled and thrilled to have won this case at the Supreme Court," the band said in a statement posted to its website on Monday. "This journey has always been much bigger than our band: it's been about the rights of all marginalized communities to determine what's best for ourselves."

Patent and Trademark Office spokesman Paul Fucito said the agency was reviewing the decision. The government previously said a ruling favoring The Slants could lead to a proliferation of racial slurs as sanctioned trademarks.

After the government rejected The Slants' request, Tam appealed to the U.S. Court of Appeals for the Federal Circuit in Washington, which in 2015 ruled that the so-called disparagement provision of the 1946 law governing trademarks ran afoul of the Constitution's guarantee of free speech. The government appealed that ruling to the Supreme Court.

The federal government said in court papers that it should not be required to approve trademarks "containing crude references to women based on parts of their anatomy; the most repellent racial slurs and white-supremacist slogans; and demeaning illustrations of the prophet Mohammed and other religious figures."

In the separate Redskins case, a trademark board in 2014 canceled the team's six trademarks at the request of Native American activists on grounds that the team name disparaged Native Americans.

The team's appeal, also on free speech grounds, was put on hold in the 4th Circuit Court of Appeals in Richmond, Virginia, pending the outcome of The Slants' case.

Justice Neil Gorsuch joined the court after arguments were heard in the case and did not participate in Monday's decision.

The Supreme Court also ruled on another free speech case on Monday, striking down a North Carolina law banning convicted sex offenders from Facebook and other social media services that play a vital role in modern life.
Posted 3:17:00 AM