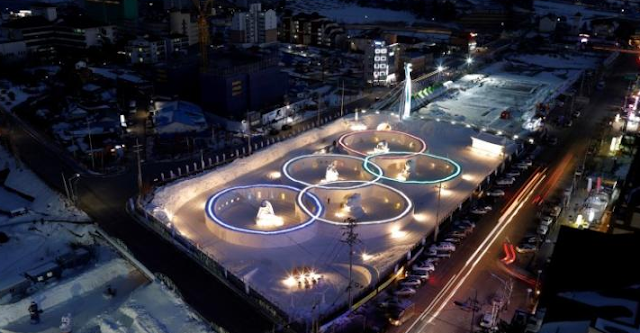 An ice sculpture of the Olympic rings is illuminated during the Pyeongchang Winter Festival, near the venue for the opening and closing ceremony of the PyeongChang 2018 Winter Olympic Games in Pyeongchang, South Korea.

By Liana B. Baker | SAN FRANCISCO

(Reuters) -- U.S. broadcaster NBC is monitoring the security situation on the Korean Peninsula and so far does not expect to change its plans to send a more than 2,000-person workforce to the Winter Games in South Korea, NBC Olympics president Gary Zenkel said in an interview on Thursday.

Tension has been high for months over North Korea's nuclear and missile development, and due to fears it will conduct a sixth nuclear test and more ballistic missile launches in defiance of U.N. Security Council resolutions.

Asia's first Winter Olympics outside Japan will see South Korea's alpine town of Pyeongchang and the coastal city of Gangneung host thousands of athletes and officials when the Games start in February.

"There are obviously geopolitical issues," Zenkel said, speaking by telephone. "I don't think there's an Olympics or any global sporting event without them. 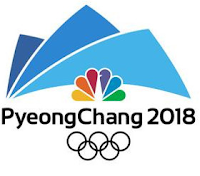 "We're all aware of the issues facing that particular location and we're playing close attention and staying in touch with the different organizations and the experts we have access to," Zenkel said, adding the network gets information from the U.S. State Department.

NBC, a unit of Comcast Corp, is the U.S. exclusive broadcaster for the Olympics, and it usually uses the games to host its best advertisers and clients on site.

In South Korea, however, NBC would not be inviting guests to the Games and would instead be hosting them in the U.S. ski town of Jackson Hole, Wyoming, Zenkel said.

Contrary to media reports, Zenkel said NBC made that decision as far back as 2014, and it was because of limited accommodations near the Olympic venues, unrelated to any security concerns.

NBC's priority was finding housing for its workers, many of whom are coming from abroad, Zenkel said. Clients who want to go can still be invited by sponsors which are doing hospitality at the Games, he added.

A 13-hour time difference between New York and South Korea could actually work to NBC's advantage for showing live events such as skiing and figure skating in U.S. prime time, Zenkel said, adding that events for U.S. ski racers Lindsey Vonn and Mikaela Shiffrin should be a draw.

"The events in morning or early afternoon will take place in prime time when our largest audience comes together," he said.
Posted 2:07:00 AM