Bezos To Media: 'You can't shrink your way into relevance' 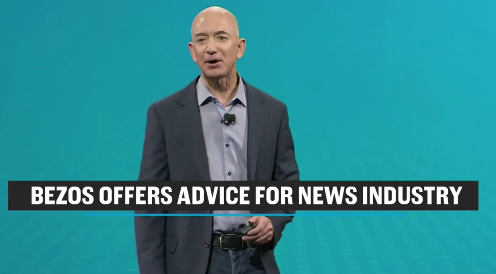 Jeff Bezos made his fortune founding Amazon, and spent $250 million of his riches to buy The Washington Post in 2013.

After nearly four years running the Post, which Bezos says turned a profit in 2016 and is expected to do the same this year, Bezos has some valuable lessons to pass along to the rest of the news industry, which is struggling to compete for ad dollars against online juggernauts Google and Facebook.

According to CNBC, Bezos delivered some of this advice at the Future of Newspapers conference in Turin, Italy, on Wednesday. Here are the highlights: