Fox News and MSNBC continue to dominate as the most-watched networks on basic cable, according to Nielsen Media Research for the week of June 12 to June 18.

For Fox, the No. 1 ranking in total viewers marks the 24th consecutive week it has finished in the top spot, even beating traditional cable network powerhouses such as ESPN, HGTV, TBS and USA Network, according to The Hill. 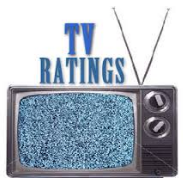