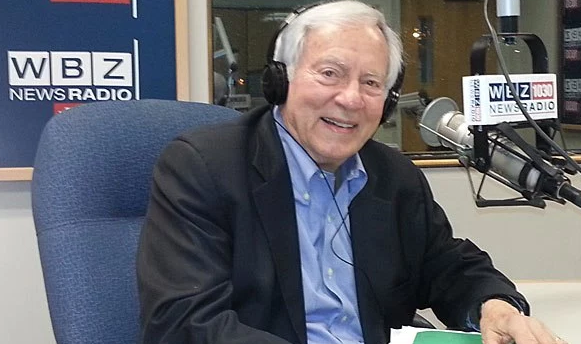 Boston radio listeners have heard the name or chuckled at one of his puns, but you certainly recognize the signature tag line of “This is Neil Chayet – Looking at the Law!” This month will
mark the retirement of Neil Chayet’s famously popular “Looking at the Law™” radio feature after a nearly 42-year broadcast career on radio stations all across the country.

WBZ NewsRadio 1030 and Neil Chayet jointly announced his retirement Thursday, having created more than 10,000 episodes of the daily radio feature that examined court decisions from all around the world and condensed each into a 60-second script. The segment aired daily on WBZ NewsRadio 1030 and on CBS RADIO news stations across the country.

“While there is an endless supply of court cases and material to continue, ‘Looking at the Law™’ for years to come, I feel that 42 years is the right number for me and it leaves more time to continue the other passions I’ve worked on tirelessly over the years,” said Chayet.

Although Neil has certainly earned his retirement, he wants his “Looking at the Law™” family to know that he is fighting an aggressive cancer and being treated at Massachusetts General Hospital.

“Looking at the Law™”, Neil Chayet’s signature opening and closing line, intoned and stretched as only Neil can do, has brought enjoyment to millions of listeners for over four decades on CBS RADIO stations and affiliates, including the worldwide Armed Forces Network. This remarkable program translates complex and lengthy legal decisions into short segments that are interesting, entertaining and always end with a twist.

Chayet still has the first script he ever wrote.

“Neil has never missed an opportunity for a pun in 42 years,” said Former Massachusetts Governor, William Weld. “You can hear an audible chuckle coming from cars all over New England as they listen to Neil on WBZ,” added Peter Casey, WBZ Director of News & Programming.
Posted 2:06:00 AM