Called a “Blue Alert,” the option would be used by authorities in states across the country to notify the public through television and radio of threats to law enforcement and to help apprehend dangerous suspects. 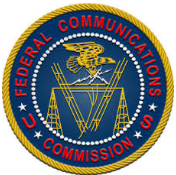 Blue Alerts can be used to warn the public when there is actionable information related to a law enforcement officer who is missing, seriously injured or killed in the line of duty, or when there is an imminent credible threat to an officer. As a result, a Blue Alert could quickly warn you if a violent suspect may be in your community, along with providing instructions on what to do if you spot the suspect and how to stay safe.

The proposal, in a Notice of Proposed Rulemaking (NPRM) adopted Friday, would amend the FCC’s EAS rules by creating a dedicated Blue Alert event code so that state and local agencies have the option to send these warnings to the public through broadcast, cable, satellite, and wireline video providers.

While some states have individual Blue Alert programs that use various methods to issue these warnings, the proposal is intended to support the development of a national framework that states can adopt. This goal is consistent with the Rafael Ramos and Wenjian Liu National Blue Alert Act of 2015. The law was named after two New York Police Department officers, Rafael Ramos and Wenjian Liu, who were killed in an ambush attack by a man who hours earlier had shot a woman near Baltimore.

The NPRM invites public comment on the proposal.
Posted 5:03:00 AM