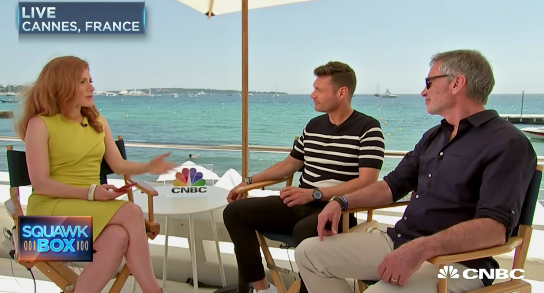 Pittman says iHeartMedia’s AM/FM radio stations and digital platforms benefit from the rise of social media networks. His company, he says, uses the most popular social channels, including Snapchat, Instagram and Facebook, to connect with its audience

Seacrest said his radio studio features social media dashboards where the host and producers can track comments in real time. “We can see as we’re having a conversation how people reacted so we can navigate the conversation in a certain way based on the instant, immediate feedback socially,” Seacrest said. “I use it as a tool.”

As for Sirius XM’s $480 million investment for a 19% stake in Pandora, Pittman says the deal makes a lot of sense. “It is a validation of how popular audio is. We’re still atop it all. We reach 91% of Americans every week,” Pittman said.

Pittman stated the demand for audio is bigger than ever.