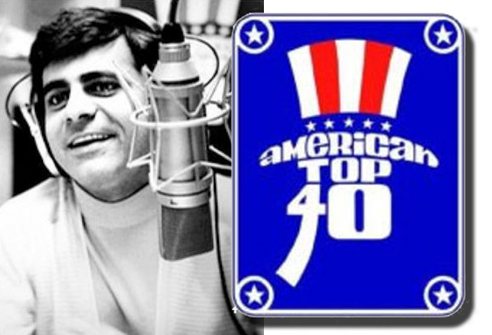 Jean Kasem, his late wife, is suing Casey's three adult children (from a previous marriage) in a wrongful death lawsuit in which she accuses them of engaging in a “homicidal guardianship scam” that she says led to his death three years ago.

She’s seeking charges in excess of $75K. The actual damages will be determined at trial, according to The Daily Caller.

The defendants named in the case are Julie Kasem Aboulhosn, her husband, Jamil Anis Aboulhosn, their attorney Troy Martin as well as Kerri Helen Kasem and Mike Kasem.

According to a release, “The lawsuit claims that the children rendered control of Kasem’s medical care against a judge’s order, chemically restrained him and ordered hospital staff to withdraw food and water, killing the entertainer on June 15, 2014. The alleged motive was to gain control of Casey and Jean’s joint assets.”

The widow is not stopping with the adult children. She’s also going after the hospital in Gig Harbor, Wash, which is where Casey died in June, 2014.

“The truth about my husband’s homicide is so disturbing to confront but I am compelled to seek justice,” Jean Kasem said.

“After an exhaustive forensic investigation following Casey’s death and autopsy, there was no other choice but to bring this lawsuit. The facts unambiguously point to defendants’ deceit, self-dealing and fraud, which demand to be exposed. I have taken this action for my daughter Liberty and for my husband of 35 years, as I’m certain Casey would have done the same for me. I pray the justice we seek is quick and thoroughly delivered, not only for us, but for all of the vulnerable and elderly who are subjected to the same predatory and abusive conduct by those who are anxious for them to die for illicit and immediate financial gain.”

Leading up to his death, Casey allegedly had Parkinson’s Disease or Lewy body dementia. Whatever the medical reality, he lost his ability to speak in the last few months of his life.

News reports indicate that Jean Kasem cut off contact between Casey and his children beginning in 2013.

In 2015, the children filed a suit against Kasem’s wife for “wrongful death,” which charged her with “elder abuse” and “emotional neglect.” They sought $250K. LA prosecutors chose not to file elder abuse charges against Jean Kasem. But a judge ruled that the children would receive a $2 million payout since Casey had matching life insurance policies at the time of his death – one for his children, another for his wife.

The widow’s lawsuit was officially filed on June 14. She’s demanding a jury trial.

"Nobody unplugged my dad," Kasem told the Daily News, adding that Jean was the one forcing hydration and nutrition onto Casey when his body failing. "It's the last thing I wanted to do," she continued, sharing that it's very hard to hear that.
Posted 2:21:00 AM