Westwood One announces that it will make a series of new one-hour artist-hosted Christmas specials available to Mainstream AC and select Country radio stations this holiday season. Each Christmas special in the six-part series airs on a Saturday leading up to Christmas, with a one-hour Friday special hosted by Martina McBride, which airs on “NASH Nights Live” on Friday, December 18. 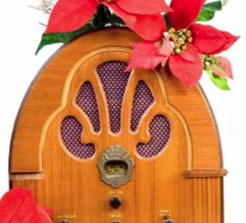 India Arie’s “Christmas with Friends” Christmas special kicked off the series this weekend, featuring music from her first-ever holiday album, which was produced in collaboration with Arie’s friends.

The music included a duet of “Merry Christmas, Baby” with Michael McDonald and a duet with Tori Kelly on “Favorite Time of the Year”.

Saturday, December 5 – LeAnn Rimes’ “Today is Christmas”
This one-hour Christmas Special hosted by LeAnn Rimes features her songs and favorite Christmas classics along with her Christmas memories.  LeAnn also shares her experiences around the holidays and growing up as a child star, as well as what Christmas is like at the Rimes/Cibrian house. Music from LeAnn Rimes includes:  “Holly Jolly Christmas/Frosty the Snowman,” “Little Drummer Boy,” and “We Need A Little Christmas”.

Saturday, December 12 – Pentatonix ‘s “That’s Christmas to Me”
This one-hour Christmas special hosted by Pentatonix is named for an original holiday song penned by the group. The members of Pentatonix share their holiday traditions and memories. Music from Pentatonix includes: “Santa Claus Is Coming to Town,”  “Dance of the Sugar Plum Fairy,” and “White Winter Hymnal”.

Friday, December 18 – Martina McBride hosts: “A NASH Icon Christmas”
This one-hour Christmas special hosted by Country superstar Martina McBride will be showcased on “NASH Nights Live,” airing Friday, December 18.  Martina shares family traditions in the McBride household and how Christmas changed for her as her career took off. Music includes: “O Holy Night” by Martina, The Band Perry with “Santa Claus Is Coming to Town,” and Tim McGraw with “Mary and Joseph”.

Saturday, December 19 - Train hosts “Christmas in Tahoe”
Pat Monahan of the Grammy award-winning band Train hosts the one-hour special, “Christmas in Tahoe.”  Besides sharing stories behind many of the songs on their Christmas album, Pat will talk about his favorite holiday memories and his plans for Christmas. Music includes: “O Holy Night,” “Have Yourself a Merry Little Christmas,” and “Tinsel and Lights”.

For more information and to air these programs in your market, please contact: Susan Stephens, sstephens@westwoodone.com or (512) 666-5216.
Posted 3:13:00 AM