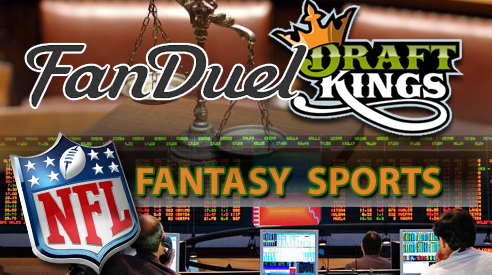 NEW YORK (Reuters) - Daily fantasy sports companies DraftKings and FanDuel urged a New York judge on Wednesday to spare them from a potentially crippling shutdown in one of their top markets by ruling that their contests do not constitute illegal gambling.

The hearing in New York Supreme Court came after the state's attorney general, Eric Schneiderman, went to court last week seeking to halt DraftKings and FanDuel from offering the highly popular online games in New York, which has more daily fantasy sports players than any other state, according to Eilers Research.

John Kiernan, FanDuel's lawyer, said just because factors like weather or a bad call can impact a game it does not mean the games' results are not largely influenced by the contestants' skills.

"What we have here is clearly a skills-based endeavor," he said.

The hearing comes amid nationwide scrutiny, at the state and federal level, as to whether the games amount to gambling.

Modern fantasy sports started in 1980 and surged in popularity online.

In the daily games, participants pay to compete for cash prizes against others in online leagues based on imaginary teams assembled from rosters of real players, which accumulate points based on how those players perform in actual games.

This has enabled fans to spend money on the games, including American football, baseball, basketball and hockey, with a frequency that critics say is akin to sports betting.

DraftKings and FanDuel, the privately-held industry leaders which both boast billion dollar valuations, have been aggressive in advertising at the start of the National Football League season with promised large winnings.

They have been at the center of controversy since early October when a DraftKings employee won $350,000 from a $25 entry in an American football contest on the rival FanDuel site.

The two companies subsequently banned their employees from playing.

FanDuel stopped taking new deposits from New Yorkers two weeks ago and last week blocked them from playing in the contests. DraftKings continues taking money in the state.

During Wednesday's hearing, Mendez asked few questions, but pushed McGee to address why Schneiderman's office was taking the stance that seasonal fantasy sports were legal unlike the daily version.

But David Boies, DraftKings' lawyer, said the daily contests were no more reliant on chance than their seasonal counterparts, as both are dependent on how players perform on the field.

"They cannot have it both ways," he said.