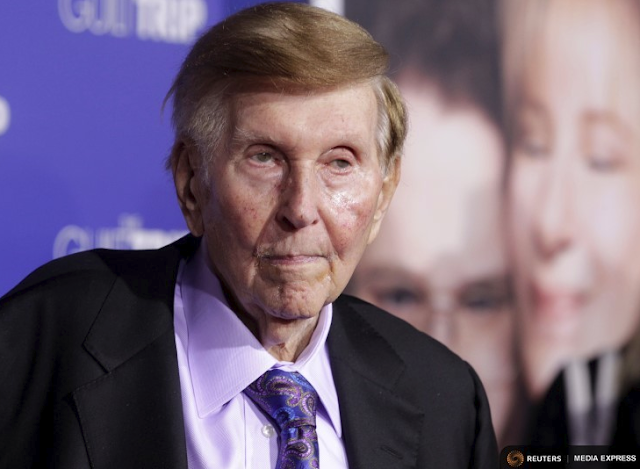 (Reuters) - A lawyer for Sumner Redstone denied claims made by his ex-girlfriend in a lawsuit that the executive chairman of Viacom Inc and CBS Corp was mentally impaired and unable to make decisions.

The Los Angeles Times earlier reported that Manuela Herzer, one of the billionaire media mogul's former girlfriends, filed a probate lawsuit in Los Angeles County Superior Court, demanding that Redstone receive a mental examination to determine whether he could still make decisions for himself.

The lawsuit, which asks for the 92-year-old Redstone to be submitted to a brain scan, described him as mentally vacant, "listless" and prone to uncontrollable crying spells, according to the newspaper.

"Herzer's claim that she filed this lawsuit out of concern for Mr. Redstone is preposterous," Redstone's attorney Gabrielle Vidal told Reuters.

"It is a meritless action, riddled with lies, and a despicable invasion of his privacy. It proves only that Ms. Herzer will stop at nothing to pursue her personal financial agenda." Vidal said.
Posted 3:38:00 AM