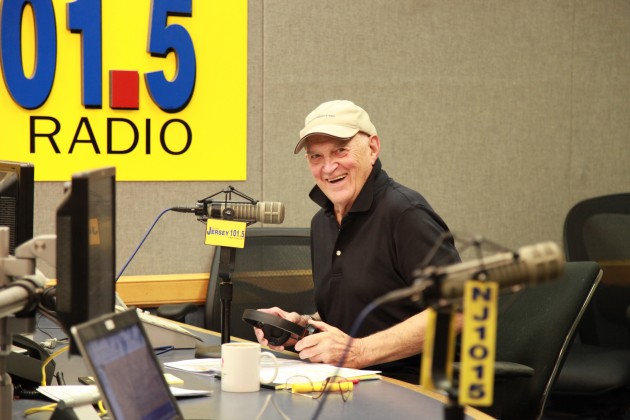 Townsquare Media New Jersey announced today Jim Gearhart, morning host for New Jersey 101.5 (WKXW-Trenton), has been on an extended leave of absence as a result of a recent injury.

Sadly, the extent of Gearhart’s injury prevents him from returning to his morning host duties. Gearhart has been with the station for 25 years and contributed greatly to building its market-leading position.

As New Jersey 101.5’s morning host, Gearhart covered the great New Jersey tax revolt of the 1990s, 10 New Jersey governors’ administrations, the 9/11 tragedy, and countless other daily New Jersey headlines. In 2013, Gearhart was inducted into the New Jersey Broadcasters Association Hall of Fame. Prior to his time at New Jersey 101.5, his 50-plus-year career spanned working for radio stations in New York City, Philadelphia, Pittsburgh and Seattle, to name a few.

Townsquare Media New Jersey also announced that Bill Spadea has been named host of New Jersey 101.5’s morning show effective Dec. 1. New Jersey 101.5 listeners are familiar with Spadea from his daily feature “Bill Spadea’s New Jersey” and from his role as a fill-in host for Gearhart, which he has done since 2014. Additionally, Spadea will continue to host “Chasing News,” a television show that broadcasts in the New York and Philadelphia markets.

“I love New Jersey. The opportunity to join other New Jerseyans every morning in a conversation about our state is both exciting and rewarding,” commented Spadea, a longtime New Jersey resident. “The NJ 101.5 team is the best in the business and I’m proud to be a part of this successful family.”
Spadea added, “I’ve always looked up to Jim Gearhart as a legend in New Jersey media. His shoes are too large for me to ever fill completely, but I am honored and humbled and will try my best to live up to his legacy of unequaled radio and service to the people of New Jersey.”
Posted 1:36:00 PM