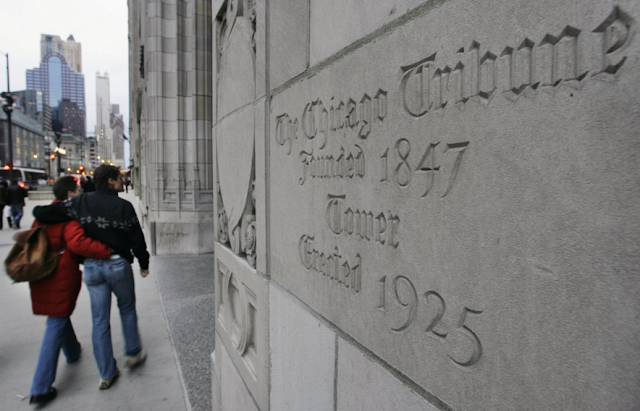 (Reuters) - Rupert Murdoch, co-chairman of Wall Street Journal publisher News Corp, on Friday said he had "strong word" that the Tribune Publishing Co's newspaper group will be bought by a Wall Street firm, while the Los Angeles Times will be split off and purchased by local investors including philanthropist Eli Broad.

Murdoch, who is also co-chairman of 21st Century Fox, the entertainment and broadcast group, made his comments on Twitter.

In September Tribune's board said the Los Angeles Times and San Diego Union-Tribune were "a cornerstone of our company's portfolio and a key component to our success in the future."

Murdoch did not say on his verified Twitter account which firm would acquire the newspaper group or the timing of any deal. Murdoch tweeted that he did not bid and had no interest.

A Los Angeles Times representative referred questions to a Tribune Co spokesman, who could not immediately be reached for comment.

A spokeswoman for Broad, who has previously expressed an interest in the Los Angeles Times, declined to comment.


The Tribune Co in September reduced its financial guidance for the year, which it attributed to challenges in Southern California. It replaced the Los Angeles Times publisher around the same time.

Other newspapers published by the Tribune Co include the Baltimore Sun, Hartford Courant, SunSentinel and Orlando Sentinel.