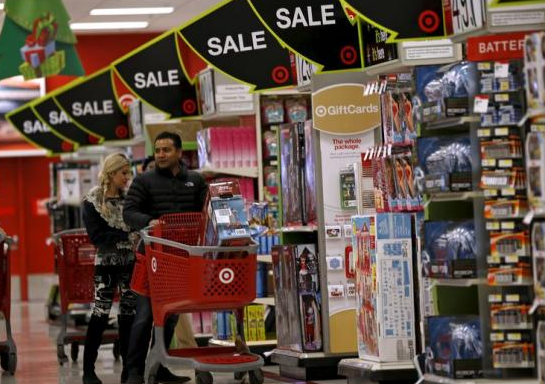 Target had its biggest online shopping day ever on Thanksgiving, according to Business Insider.

The record-breaking sales online were driven by three items: the Apple iPad, the Apple Watch, and the Wii U gaming console, the company said.

Target sold nearly all of its Black Friday doorbusters online beginning Thanksgiving morning. Because of the promotion, the brand saw a 35% increase in customers picking up items in stores.

Reuters report crowds were thin at U.S. stores and shopping malls in the early hours of Black Friday and on Thanksgiving evening as shoppers responded to early holiday discounts with caution and bad weather hurt turnout.

Bargain hunters found relatively little competition compared with previous years. Some on Friday morning said they had already shopped online or visited the mall the night before. That reflects the new normal of U.S. holiday shopping, where stores open up with deals on Thanksgiving Thursday itself, rather than waiting until Black Friday.

In an effort to attract the most eager holiday shoppers and fend off competition from Amazon.com Inc, U.S. retailers have increasingly extended their holiday deals by opening stores on the evening of Thanksgiving.

That has hurt Black Friday sales in previous years, a trend analysts expect will continue this year.

"We believe Thanksgiving shopping was a bust," analysts at Suntrust Robinson Humphrey said in a research note. "Members of our team who went to the malls first had no problem finding parking or navigating stores."

Scott Tuhy, vice-president at Moody's who tracks companies like Macy's Inc (M.N), said crowds on Thursday evening in New Jersey were steady but not busy. He said some stores saw a fair amount of activity around orders that were placed online and picked up in stores. 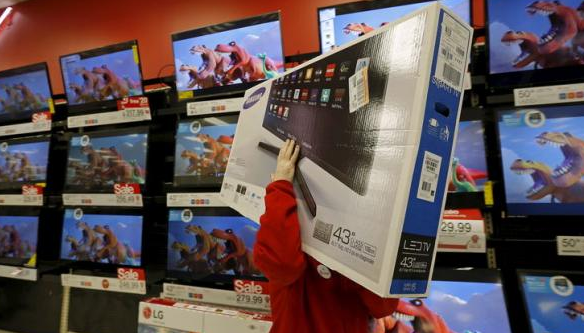 Shoppers in the United States spent more than $1 billion online, 22-percent more than last year, between midnight and 5 pm ET on Thursday, according to the Adobe Digital Index, which tracked 100 million visits to 4,500 U.S. retail sites.

Many stores around the country were full on Thanksgiving evening. Local media reported brawling shoppers at a packed Kentucky mall on Thursday, forcing a police officer to intervene and break up the fight.

As much as 20 percent of holiday shopping is expected to be done over the Thanksgiving weekend this year, analysts said. The four-day shopping burst will help set the tone for the rest of the season, signaling to retailers whether they need to drop prices or change promotions.
Posted 1:21:00 PM