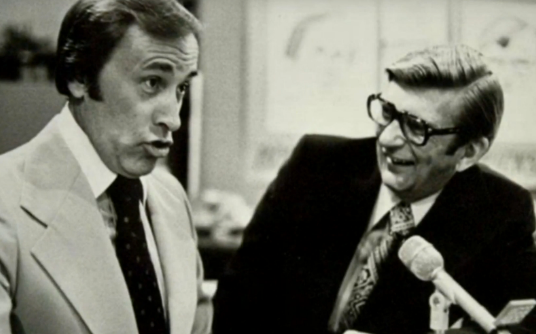 WCCO 830 AM has announced Charlie Boone, whose 37-year partnership with Roger Erickson produced one of radio’s most popular teams in the 1960s, ’70s, ’80s and 90’s died Sunday after a brief illness.

Boone & Erickson arrived at WCCO AM-Minneapolis the same year – 1959 – and hosted their own programs featuring music and information. Erickson’s afternoon show aired just before Boone’s and when the two began to chat and share jokes a legendary radio team was born. Erickson retired in 1998 while Boone continued hosting a Saturday morning show until 2010.

Boone began his radio career in Wadena, Minnesota and later worked at stations in Colorado Springs and Fargo before coming to WCCO AM in 1959.


According to WCCO, Boone was the scheduled emcee for an appearance by Buddy Holly in Moorhead and was waiting at the airport when he learned the rock legend was killed in a plane crash in Clear Lake, Iowa on February 3rd, 1959. Needing a replacement act, Charlie enlisted a local band – The Shadows – headed by 15 year-old Bobby Velline, thus helping launch the career of ’60s star Bobby Vee.

Boone was a master of voices whose dialects ranging from a New York cop to a bellicose southern senator provided the color for countless comedy routines with Erickson. The two often parodied old radio shows, the most popular of which was “Minnesota Hospital” touted as “the best place to get sick in.”
Posted 3:01:00 AM