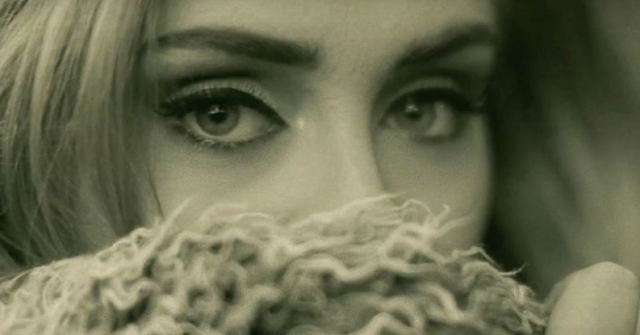 (Reuters) -- Canadian pop star Justin Bieber edged out British boy band One Direction in a battle to the top of the U.S. Billboard 200 album chart on Monday, but his reign will be short-lived as British singer Adele looks to break records with her new release.

British singer Adele's new album "25" has sold a record 2.3 million copies in the United States in the first three days of its release, Nielsen Music said on Monday.

The strong three-day sales indicate the lack of streaming availability did not hurt the album, which was released on Friday, and is the first since her 2011 release "21", which won six Grammys and sold more than 30 million copies worldwide.

The much-anticipated album has been driven by the success of its lead single, the heartbreak ballad "Hello," which debuted last month and has sold more than 2.5 million digital copies. The song has been No. 1 on Billboard's Digital Songs chart for four consecutive weeks.

It is increasingly rare for an artist to top the 1 million opening week sales with a new album because fans are driven more and more to online streaming to consume music.

Taylor Swift's "1989" album was the last record to achieve the milestone when it opened with nearly 1.3 million copies last year.

Sales data for the first full week will be released by Nielsen on Nov. 30.

(Reporting by Piya Sinha-Roy; Editing by Jill Serjeant and Lisa Shumaker)
Posted 3:25:00 AM