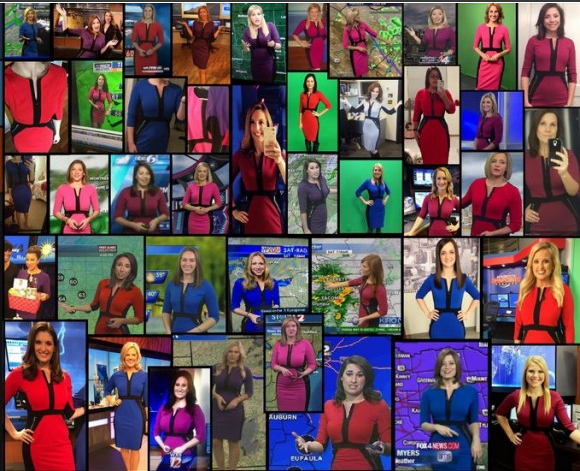 Now, according to a report by WNCN-TV in Raleigh, a certain dress has accidentally become a trend and spread across the country on local TV news — at more than 50 TV stations.

In the last few days, female meteorologists all over the country have been spotted on local TV wearing the exact same dress design.

The trend was an accident — the women who bought the dress say they share fashion tips and ideas in a “secret” social media group, said WNCN’s Kristin Ketchell, who wore the dress on Sunday morning for the first time.

“One woman posted the link to the dress in the group, others bought it and posted photos and the dress’ popularity just took off,” Ketchell said.

“The power of social media and word of mouth is incredible,” Ketchell said.
Posted 3:02:00 AM