We're Thankful For Our Blog Readers... 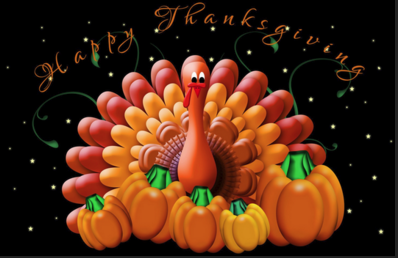 The first national Thanksgiving Day in the United States was proclaimed by President George Washington to celebrate the adoption of the U.S. Constitution.

There was no annual national holiday after that until President Abraham Lincoln proclaimed in 1863 that a national Thanksgiving Day would be observed on the final Thursday in November.

It was celebrated on that day every year until 1939, when President Franklin D. Roosevelt moved the national holiday up a week in an attempt to spur retail sales during the Great Depression.

Roosevelt's plan was met with passionate opposition, and in 1941 the president reluctantly signed the bill making Thanksgiving the fourth Thursday in November.
Posted 3:59:00 AM