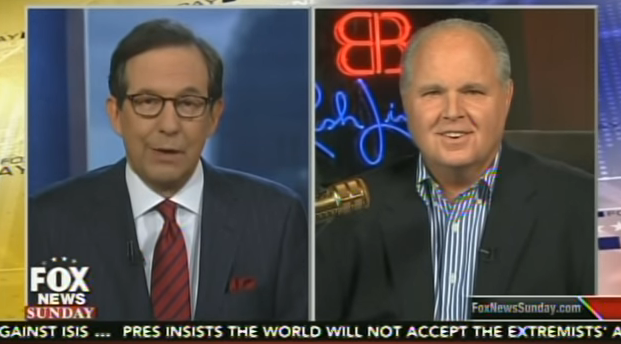 Appearing on Fox News Sunday with Chris Wallace, talk radio host Rush Limbaugh believes that the Grand Old Party may to be the arch nemesis of President Barack Obama:

During a rare TV interview with Fox News’ Chris Wallace on Sunday, he declared that:


“Barack Obama’s number one enemy is the Republican party and the conservative movement.

Limbaugh then compared that to how Obama handles ISIS or Iran, calling his behavior “cautious” and “precise,” in order to avoid offending them.

The popular talk radio host also criticized Obama’s “lack of a strategy” against ISIS with Wallace, telling the “Fox News Sunday” host that the President’s dealings with the international terrorist group are “inept and incompetent and nonexistent.”