In 1933...singer Robert Goulet was born Stanley Applebaum  in Lawrence, Mass,  but within months his family moved to Northern Alberta.


In 1962…At EMI's Abbey Road studios in London, the Beatles recorded "Please Please Me" and "Ask Me Why." "Please Please Me" was a re-recording of the song in a more uptempo style after producer George Martin told the band that their original ballad version was "too bloody boring for words."  Also on this day in 1994, the first Beatles record ever to be played on radio fetched more than $23K at an auction in London. It was a world record price for a commercially produced record. The recording of “Love Me Do” was played by Radio Luxembourg in 1963.


In 1969…At EMI's Abbey Road studios in London, John Lennon spent the afternoon mixing the Beatles songs "What's The New Mary Jane" and "You Know My Name (Look Up The Number)" with the intention of releasing them as the two sides of a Plastic Ono Band single. When this plan fell through, "Number" was released as the b-side of the Beatles' "Let It Be" single, making this the last time John Lennon was in the studio working on a Beatles song. 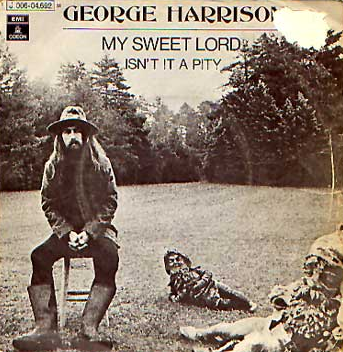 In 1970...George Harrison became the first Beatle to earn a #1 solo hit as "My Sweet Lord" climbed to the top.  The 5th Dimension was second with "One Less Bell to Answer".  The previous #1 "The Tears of a Clown" from Smokey Robinson & the Miracles was third, followed by Dawn's "Knock Three Times" and "Black Magic Woman" from Santana.


In 1973…Elton John released the single "Step Into Christmas."


In 1979...Dan Ingram did his first morning show at 77 WABC after many years as the afternoon drive personality.


In 2003...longtime Washington, D.C. Radio broadcaster, Eddie Gallaher, died at age 89. He worked at stations including WTOP-AM, WASH-FM, and WWDC-AM.


In 2009…Paul McCartney told a BBC interviewer that his concerts are a way of helping him "revisit" other members of the Beatles and his late wife Linda. "If I'm doing songs by the Beatles, I obviously remember the sessions when we recorded. Similarly with John and Linda - in a way you're kind of in contact with them again and it's sad, it's emotional."


In 2014…After surrendering to Toronto police, former CBC radio host Jian Ghomeshi was charged with four counts of sexual assault and one of choking in a sexual assault investigation. The CBC had fired the 47-year-old broadcaster a month earlier amid sexual misconduct allegations against him and what the company termed  "graphic evidence" that he had physically injured a woman.

He is scheduled to appear in court on February 1, 2016 and faces a second trial on an additional sexual assault charge in June.
Posted 2:59:00 AM