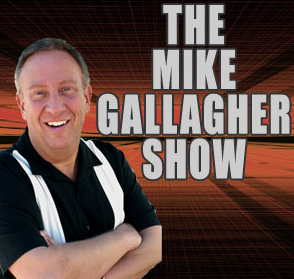 As if there’s not enough controversy over whether some pizzerias have to serve pies at gay weddings, the deep-dish favorite became the focus of a “fat-shaming” joke Friday, when Salem talk radio host Mike Gallagher poked fun at former American Idol star Kelly Clarkson‘s weight.

Wallace knows a pitfall when he sees one, and proceeded carefully — not that it mattered to the critics, who are now having a field day accusing the men of making fat jokes.

“She has a lovely voice,” Wallace said, then added, “She could lay off the deep-dish pizza for a while.”

Clarkson admitted that she’s struggled to take off some pounds since giving birth to her first child last hear.

The same day, Clarkson appeared on “The Ellen DeGeneres Show” and openly discussed her weight when the issue arose.

Clarkson admitted that she’s struggled to take off some pounds since giving birth to her first child last hear.

On Sunday,  both apologized.

"I sincerely apologize to Kelly Clarkson for my offensive comment," the Fox News Sunday host said in a statement to E! News on Sunday. "I admire her remarkable talent and that should have been the focus of any discussion about her."

"Tubby Mike is the last person in the world who should bring up anyone's weight," Gallagher said in a statement posted on his website. "I couldn't possibly feel any worse than I do for making an observation that led to the conclusion that I 'fat-shamed' this talented and classy entertainer. It was a really stupid thing for me to do."
Posted 3:04:00 AM