Garth Brooks To Sit Down for SiriusXM Town Hall

SiriusXM has announced that Garth Brooks will sit down for an intimate Q&A session with a select group of listeners for the SiriusXM "Town Hall" series at the Moda Center in Portland, Oregon on Sunday, April 12.

"SiriusXM's Town Hall with Garth Brooks," which Brooks announced live on Mornings with Storme Warren on SiriusXM's The Highway from SiriusXM's studios in Nashville on Friday, April 3, will include Brooks talking about his latest album Man Against Machine, his current tour and his iconic career. The "Town Hall" will also feature special guest Trisha Yearwood.

"Garth is a country music legend who has created some of the most loved and memorable songs in country music. Having him make this personal visit with SiriusXM and our subscribers will be an unforgettable moment for some very lucky fans," said Scott Greenstein, President and Chief Content Officer, SiriusXM.

Hosted by The Highway's Storme Warren, "SiriusXM's Town Hall with Garth Brooks" will air Wednesday, April 15 at 11:00 am ET via satellite on The Highway, channel 56 and through the SiriusXM App on smartphones and other connected devices, as well as online at siriusxm.com. For rebroadcast times, please visit www.siriusxm.com/townhall. 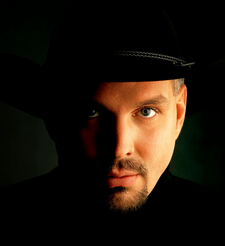 After the broadcast, "SiriusXM's Town Hall with Garth Brooks" will be available on SiriusXM On Demand for subscribers listening via the SiriusXM App for smartphones and other mobile devices or online at siriusxm.com.

Visit www.siriusxm.com/ondemand for more info on SiriusXM On Demand.