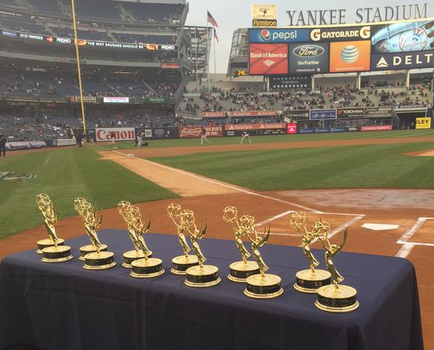 Yankees radio play-by-play broadcaster John Sterling says he's been blessed to win 12 local Emmy Awards over the course of his career, including a few for YES Network's Yankeeography series.

As sweet as those wins were, though, it was even sweeter for Sterling to receive those accolades a second time on Friday night.

In an on-field ceremony prior to the Yankees-Red Sox game at Yankee Stadium, the New York chapter of the National Academy of Television Arts and Sciences presented the venerable broadcaster with a dozen brand new Emmy statues to replace the ones he lost in the January fire that destroyed his Edgewater, N.J. apartment complex.

"It's just a lovely gesture on their part. I thank them," Sterling told MLB.com's Bryan Hoch after the ceremony. "People have treated me fabulously. That's the best part of it. It's so heart-warming."

Sterling's home was destroyed back in January, along with the homes of many other people, and he lost everything he had, including 4 of 5 World Series rings he received as the Yankees' announcer. The fire reportedly was started by a workman's welding torch. 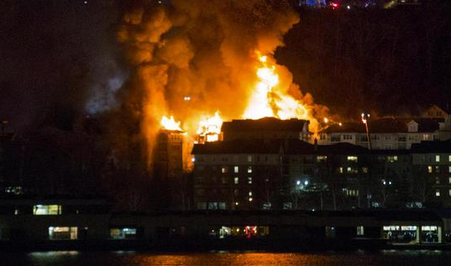 He has been living in a hotel since that day, but come May 1, Sterling will have a new mantle to place his new Emmys on, inside a new apartment that will bring another sense of normalcy back to his life.

People from across the nation jumped at the chance to help Sterling when the news broke of his home being destroyed, including Alex Rodriguez, who offered up his apartment to Sterling until he found a new place.
Posted 5:55:00 AM