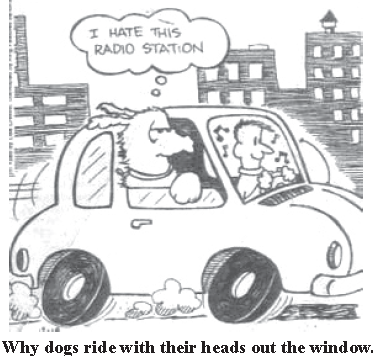 A recent survey by Ipsos once again shows that in the car, Americans prefer radio to CDs or streaming services – and that while countless studies claim that music engagement has evolved as the media landscape has changed, research shows that this definitively does not hold true in the car.

The survey showed that in an in-car environment, 84% of Americans use AM/FM radio as their audio entertainment over new technology options. And they’re tuning in frequently – 62% say that they listen to the radio at least once a day in their cars and 67% say they turn on their AM/FM radio as soon as they put on audio in the car.

Similarly, in the car, the majority (64%) of Americans still use a CD player, keeping an average of 10.5 CDs in their vehicle. While consumers do seem averse to purchasing new CDs (68% say they have not purchased any new CDs in the last year), only 22% of those who aren’t buying new CDs say it’s because they are replacing the discs with digital streaming services. Most either don’t want any new CDs (27%) or find CDs to be too much money (23%).

Cost seems to be a common thread when it comes to in-car entertainment. While there is only a small population of Americans that stream their in-car audio, less than one-third of those are paying for these services. Of those that use streaming digital audio services but do not pay, 80% say they would not be willing to pay in the future.

“The in-car environment is unlike any other when it comes to media behavior,” says Thomas Spinelli, Vice President with Ipsos MediaCT. “Our studies show that despite all the technological advances we’ve made when it comes to digital listening, the vast majority of Americans still prefer AM/FM radio overall and especially expect it to be a part of their cars – in fact, virtually all said they wouldn’t buy a car without a radio.”

“We’re certainly seeing reluctance amongst Americans to pay for music in the in-car environment,” continues Spinelli. “The ability to listen to free music is important to Americans, as is their comfort with their current AM/FM setup. However, as new vehicles roll out, many of which are equipped with built in digital music services, we may see a shift in how Americans are thinking about listening in their cars. That being said, the overwhelming current popularity of radio illustrates that advertisers and marketers may want to think more buttons and knobs than bells and whistles – at least when it comes to the in-car environment.”