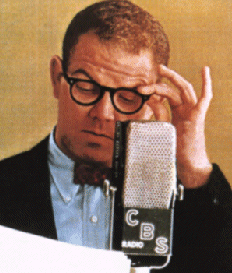 Stan Freberg, a humorist whose sprawling imagination fueled a multifaceted career that included pretty much inventing the idea of using satire in commercials, died on Tuesday in Santa Monica, Calif.

He was 88, according to The NY Times.

Freberg, born Stanley Friberg in 1926. was an American author, recording artist, animation voice actor, comedian, radio personality, puppeteer and advertising creative director, whose career began in 1944. He remained active in the industry into his late 80s, more than 70 years after entering it.

He made hit comedy records, voiced hundreds of cartoon characters and succeeded Jack Benny in one of radio’s most prestigious time slots. He called himself a “guerrilla satirist,” using humor as a barbed weapon to take on issues ranging from the commercialization of Christmas to the hypocrisy of liberals.

“Let’s give in and do the brotherhood bit,/Just make sure we don’t make a habit of it,” he sang in “Take an Indian to Lunch,” a song on the 1961 album “Stan Freberg Presents the United States of America,” a history lesson in songs and sketches. Time magazine said it may have been the “finest comedy album ever recorded.”

His radio sketches for CBS in 1957 included some of the earliest put-downs of political correctness (before that idea had a name). One sketch entailed a confrontation with a fictional network censor, Mr. Tweedlie, who insisted that Mr. Freberg change the lyrics of “Ol’ Man River,” starting with the title. He wanted it renamed “Elderly Man River.”