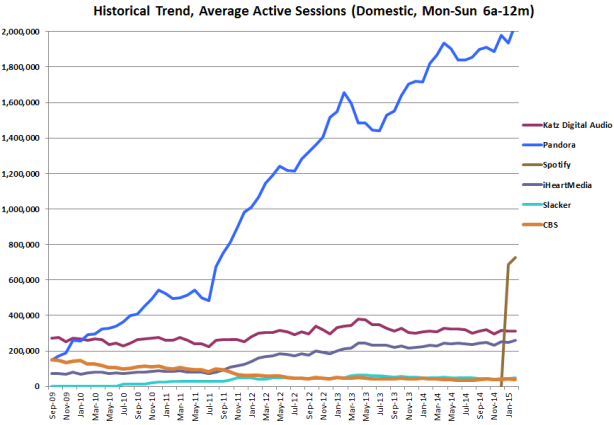 Pandora crossed the 2-million AAS mark for the first time in February.

Looking at individual month-over-month activity in the top-20 group, Idobi was the big gainer, with 63% more Average Active Sessions (after a large reported dip in January). Slacker rose 9%, according to the RAIN Newsletter.