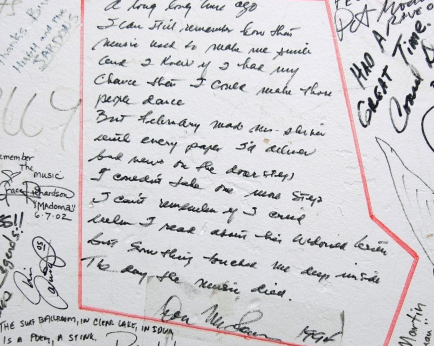 Making it perhaps the priciest slice of pie ever, an anonymous buyer has paid more than $1.2 million for the original manuscript of Don McLean’s 1971 epic hit song “American Pie,” according to The LA Times.

The manuscript and McLean’s supporting notes “achieved the 3rd highest auction price for an American literary manuscript, a fitting tribute to one the foremost singer-songwriters of his generation,” said Tom Lecky, head of the books and manuscripts department at Christie’s auction house in New York. “This result is a testament to the creative genius of Don McLean and to the song’s ability to still engage and inspire.”

The 8 1/2-minute single took over the pop radio airwaves in the early '70s. McLean created a mosaic that became as much a mystery to be solved as an instantly hummable singalong thanks to its catchy chorus that featured the lines “Bye bye, Miss American Pie, drove my Chevy to the levee but the levee was dry…”

McLean told Rolling Stone in Feburary that because he is nearing 70 — he will reach that milestone on Oct. 2 — he wanted to get top dollar for the manuscript to provide for his family.