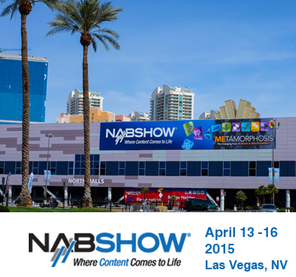 NAB Show, the world’s largest annual conference and expo for professionals who create, manage, and distribute entertainment across all platforms, will take a deep dive into cybersecurity this year, hosting sessions and conferences that discuss the latest in digital asset, media, and station protection. The convention takes place April 11 – 16 in Las Vegas.

The Super Session “Protecting our Assets: Cybersecurity and the Media” will take place on Wednesday, April 15, and will focus on the issues that make organizations vulnerable to attack – whether they be military, government, or commercial.

In addition to asset protection, NAB Show will also feature a session discussing “Cybersecurity for Broadcasters: Protect Your Station from Hackers, Spammers, and Black Hats” on Wednesday, April 15 at the Broadcast Management Conference.

The Technology Luncheon on Wednesday, April 15 will feature John McAfee, founder of McAfee Inc., as he delivers a keynote discussing the current cybersecurity arena.

“With security breaches becoming more prevalent, publicized, and potentially damaging, it’s crucial that today’s executives and creatives are current on technologies that can help protect their businesses,” said Chris Brown, executive vice president of conventions and business operations at NAB. “This year, NAB Show will host a broad range of experts and innovators in the cybersecurity field."

An audio tour of the NAB Show floor will also be available, which will feature the Media Technologies for Military & Government Workshop. This workshop will highlight technologies that are strengthening the value chain of America’s military – including cybersecurity.