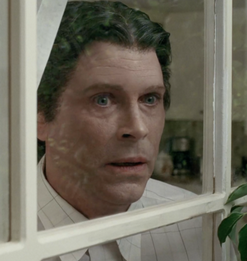 DirecTV’s ad campaign featuring Rob Lowe’s alter-ego personas — he’s cooler and more confident as a subscriber of the satcaster, while creepy and lame as a cable TV sub — should be discontinued, according to an advertising trade group.

The Council of Better Business Bureau’s National Advertising Division, ruling on a complaint by Comcast, said DirecTV should discontinue certain claims made in a series of TV commercials featuring Lowe, according to Variety.

Comcast challenged multiple DirecTV claims in the spots, including that “With DirecTV you get 99% signal reliability” and that customers would get the industry’s “best picture quality and sound.”

DirecTV said it would appeal NAD’s findings. The company contended that “the various Rob Lowe advertisements are so outlandish and exaggerated that no reasonable consumer would believe that the statements being made by the alter-ego characters are comparative or need to be substantiated.”
Posted 3:09:00 AM