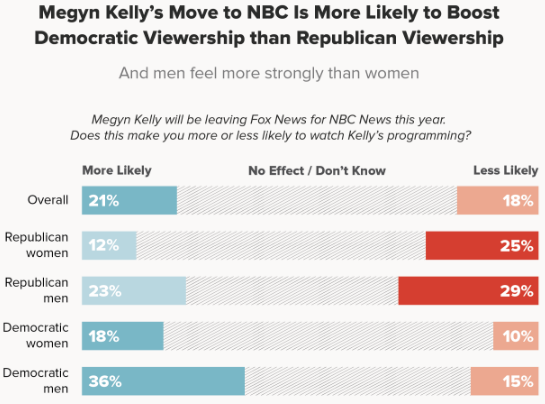 Republicans and Trump voters are not following Fox News’ former star anchor to her new home base at NBC News, according to a Morning Consult survey. 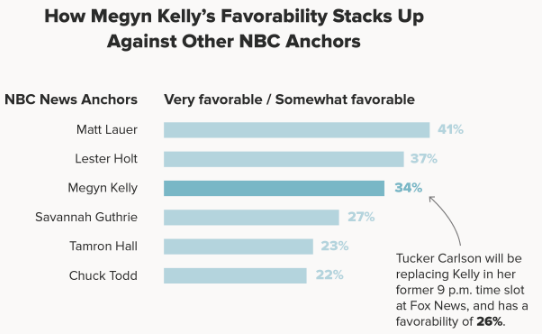 Kelly has a shot at bringing in some younger viewers, too. Twenty-seven percent of people between the ages of 18 and 29 and 28 percent of people aged 30-44 said Kelly’s jump to NBC News makes them more likely to watch her on television.