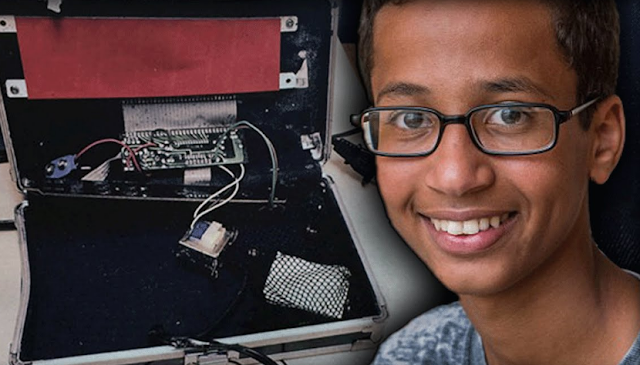 Glenn Beck, his television network and a conservative think tank have been dismissed from a defamation lawsuit filed by the father of Ahmed Mohamed, the Irving teen who became famous when he was arrested after bringing a homemade clock to school.

According to The Dallas Morning News District Judge Maricela Moore this week tossed the claims against Beck and his network TheBlaze, plus those against the Washington, D.C.-based Center for Security Policy and executive vice president Jim Hanson.

Another judge also dismissed the local Fox News affiliate and political commentator Ben Ferguson from the suit in December. He ordered that the Mohameds pay them more than $82,000 in legal fees, records show.

The Mohameds seek up to $100,000 in damages, along with "nonmonetary relief." The family moved to Qatar in 2015 after the arrest. No charges were filed.

Mohamed Mohamed filed the defamation complaint in September, a year after police escorted his son out of MacArthur High School and accused him of making a hoax bomb. Mohamed argued that comments made by the media personalities led the public to think that members of his family were terrorists who plotted the episode.

Beck and others targeted in the suit have sought refuge in a state law designed to quash frivolous defamation cases. In Texas, a defendant in a defamation suit can file a motion to dismiss within 60 days of being served by arguing that she was exercising free speech on a "matter of public concern." If the court agrees, then the plaintiff must show "clear and specific" evidence of defamation.

Mohamed Mohamed challenged comments that Beck made during a show that aired on TheBlaze. The suit says the host offered the theory that the clock bomb story was part of a larger conspiracy, possibly to "turn Texas blue" politically.
Posted 3:14:00 AM