"I am looking forward to the thrill of hosting a live radio program on SiriusXM," said Jim Parsons.

"As a big consumer of political programs and all around news junkie, I am excited to sit down and connect with some experts in our government system—from professors to authors—to really get a better idea of what goes on in Washington D.C." 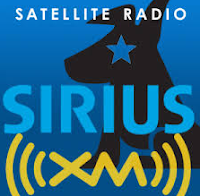 "Jim is the perfect addition to Radio Andy," said Cohen. "His voice, humor, and intellect are exactly what we need starting on Inauguration Day!"

"Jim Parsons is one of the most popular comedic actors of his generation and SiriusXM is proud to welcome him to his very first show on radio," said Scott Greenstein, President and Chief Content Officer, SiriusXM.

"Listeners will be treated to his humor, quirkiness, and great curiosity on a subject that's on everybody's mind.  We will also get insight to his passion for political news and be treated to thoughtful conversations about today's new world."

Jim Parsons is a four-time Emmy Award winner and Golden Globe winner for his role as a leading actor in The Big Bang Theory.   He is currently starring in the new film, Hidden Figures. Jim Parsons is Too Stupid for Politics premieres Friday, January 20, live at 7 PM ET / 4 PM PT, and through the SiriusXM app on smartphones and other connected devices, as well as online at siriusxm.com. With content created and curated by Andy Cohen, SiriusXM's Radio Andy channel includes shows hosted by Andy Cohen, Sandra Bernhard, Bevy Smith, Dan Rather, John Benjamin Hickey, Jill Kargman and more.
Posted 9:42:00 AM