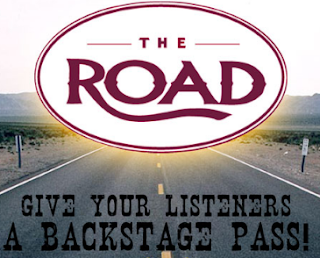 United Stations Radio Networks, Inc. (USRN) has made it official that veteran programmer and air personality Steve Stewart will take over the hosting duties on the network’s long-running live County music show, The Road.

Stewart is currently the Program Director and Midday Air Personality at iHeart Media’s WEBG 95.5 FM, known locally as “Big 95.5,” and concurrent with his addition as host of The Road, that radio station will become the flagship affiliate for the weekly program.

The program debuted in 1994 and it was originally connected to a television show of the same name. United Stations acquired the radio property and its extensive library in 1997, and has continually added new live recordings to its archive.

The weekly show is heard on nearly 100 stations coast to coast, and WEBG in Chicago marks the newest addition to the program’s lineup of great radio affiliates.

In announcing Steve Stewart as the new host, USRN’s Andy Denemark commented, “We love having hosts on our shows who are in the trenches of the radio business on a daily basis.   Given his role at the station in Chicago, Steve knows the music and knows the artists, and he’ll bring a great working knowledge of  today’s Country format to The Road each week.”    Steve Stewart added, “It’s gonna be a pleasure to work with The Road’s fantastic behind-the-scenes staff with Richard Kimball, Stephanie Voso and Dave Kaufman working on the live recordings and program compilation each week.   And at Big 95.5, we’re proud to now be the exclusive outlet for all of these live Country performances in our market.”
Posted 3:18:00 AM