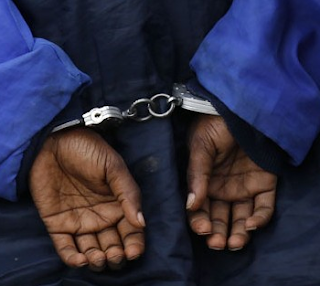 In an opinion piece for The Wall Street Journal, Jason L. Riley writes, police shootings of black men are rare, but they get far more media coverage than when black civilians shoot one another, which is much more common. There were 4,368 shootings in Chicago last year, according to the Chicago Tribune’s crime database. Almost all of the shooting victims were black, and more than 99% of the shootings were carried out by civilians, not cops. Obviously, young black men in Chicago don’t roam the streets in fear of getting shot by police.

When the media aren’t indulging liberal activists by pretending that police shootings drive black homicide rates, they’re playing down the very real episodes of black criminality shown in the video.

For years, Asian students in public schools have complained of racially motivated harassment and bullying by black students. Surveillance cameras have caught young black men playing the “knockout game,” which involves sucker-punching random white pedestrians. Cities from Los Angeles to Philadelphia to Baltimore have experienced “wilding” incidents, which involve flash mobs of black youths rampaging through a mall or park or convenience store and physically attacking people in the process.

Most violent crimes involve a perpetrator and victim of the same race. But when they don’t, incidents of black-on-white crimes far exceed the reverse scenario. “In 2012, blacks committed 560,600 acts of violence against whites (excluding homicide), and whites committed 99,403 acts of violence (excluding homicide) against blacks,” writes the Manhattan Institute’s Heather Mac Donald, citing federal Bureau of Justice Statistics data. “Blacks, in other words, committed 85 percent of the non-homicide interracial crimes of violence between blacks and whites, even though they are less than 13 percent of the population.”

When the mainstream media discuss relations between poor black communities and law enforcement without including data on black crime rates, readers and viewers aren’t getting the full picture. Racially motivated attacks on blacks shouldn’t be ignored or played down, but neither should racially motivated attacks perpetrated by blacks, according to Riley.
Posted 3:11:00 AM