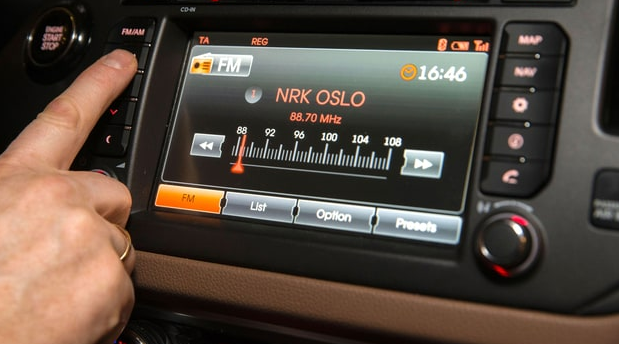 As Norway switches off its FM radio network this week, other nations have abandoned similar plans, leaving the Scandinavian country a lonely beacon of digital-only broadcasting in a world that’s rapidly moving on to music streaming and podcasts.

According to Bloomberg, the switch to digital audio broadcasting, a first for any country, will be watched closely by other European nations, which are starting to question the benefits of shutting down analog networks. Success in Norway may be the last hope for enthusiasts and electronics retailers to revive digital-radio plans that have largely ground to a halt in the rest of the world.

Norway’s blueprint to replace FM has been in place for years, originating with its first digital broadcasts back in 1995. The technology offers better sound than analog FM, is easier to tune and more affordable for broadcasters because it uses spectrum more efficiently. But in the intervening decades, a different technology took hold: internet radio and music streaming from companies such as Spotify Ltd. and Apple Inc., and Pandora Media Inc. in the U.S.

The trend isn’t likely to reverse. New cars are routinely equipped with dashboards that connect to the internet and smartphones through services such as Android Auto and Apple Carplay. At last count, Spotify had 40 million paying users worldwide and Apple Music counted 20 million. There are dozens more services -- streaming lets consumers create their own playlists, and they can pay to avoid commercials. Traditional radio stations have also gone online. 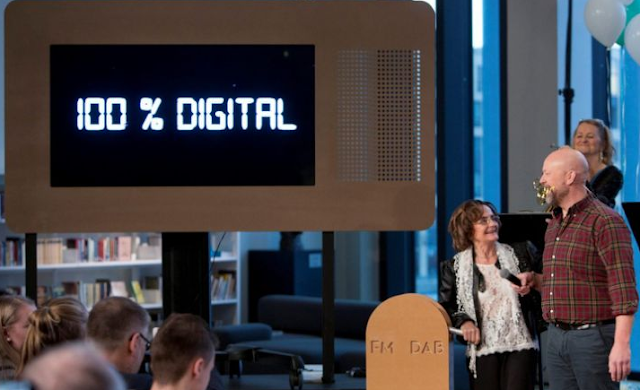 Norwegian radio hosts Berith Olderskog and Geir Schau shut down the northern part of Norway’s FM radio network in favor of digital radio at a ceremony in Bodo, Norway this week.

Could It Happen Here?

According to the National Association of Broadcasters, the answer is No.  A thousand times – No.

The NAB's Christopher Ornelas writes this development is much ado about nothing. The difference between Norway radio and American radio is as stark as the Northern Lights versus fireworks on the Capitol Mall on the Fourth of July.

In a blog post, he lists why:
That last bullet point is especially important. Norway (along with much of the rest of Europe) long ago adopted a digital radio transition plan completely at odds with the plan adopted in the U.S.

Norway requires two separate swaths of spectrum for radio – one for its FM stations and another for its digital radio channels. It costs the government (and broadcasters) extra money to run both services to deliver the same content. Turning off analog FM is apparently seen by the Norwegian parliament as a cost-saving efficiency – even though actual radio listeners in Norway are quite unhappy about losing this service.

By contrast, we in the U.S. chose a different path to digital radio. Our system, “in-band, on channel digital” – better known now as HD Radio – uses identical spectrum and the same channels for both analog and digital services. Thus, there’s no cost-saving advantage to shutting down analog FM services in America. More than 2,300 radio stations in the U.S. have converted to HD Radio, which improves the radio listening experience and affords American radio stations a remarkable array of advanced capabilities.

Ornelas' Bottom line: No way will America go Norway’s route and “turn off” FM radio. It’s just not going to happen, in my lifetime or yours.
Posted 11:11:00 AM