The Weeknd Climbs Back To Top of Billboard 200 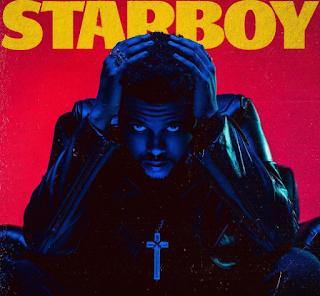 (Reuters) -- Canadian hip hop singer The Weeknd climbed back to the top of the weekly U.S. Billboard 200 album chart on Monday, in a quiet week where no new entries cracked into the top 10.

"Starboy," which was in the No. 2 spot last week, sold 69,000 album units including 59 million album streams for the week ending Jan. 5, according to figures from Nielsen SoundScan.

The album initially debuted at No. 1 after its release in November.

The soundtrack to Disney's hit animated film "Moana" climbed four spots to No. 2 this week with sales of 64,000 album units, while Bruno Mars' "24K Magic" remained steady at No. 3 with 45,000 more album units sold.

On the Digital Songs chart, which measures online song sales, Mars' upbeat single "24K Magic" climbed from No. 7 to No. 1 with 77,000 copies sold.

British singer Ed Sheeran is likely to make a big impact on the song charts next week after releasing two singles, "Shape of You" and "Castle on the Hill."

Both tracks made Spotify history over the weekend after breaking the streaming platform's previous first-day record with a combined 13 million global streams, each tallying more than 6 million streams.

The tracks overtook the previous record holder, One Direction's "Drag Me Down," which was streamed 4.8 million times on its first day of release in August 2015.
Posted 3:04:00 AM